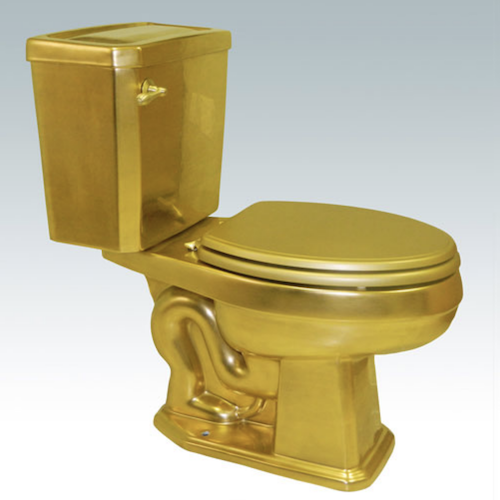 Such parsers both too use much memory and are too slow, being orders of magnitude slower than what IO bandwidth would allow.

In some sense, we can understand the slowness as a consequence large memory usage: All that memory access does not come for free.

Traditional whole-document parsers spend a lot of time allocating memory, assigning pointers, following indirections and touching new memory that isn’t cached in the CPU cache where it could have been accessed much more quickly.

To achieve high performance, the parser needs to do as little possible, but traditional parsers are actually creating a lot of work for the hardware, that is incidental to solving the problem of making the document data accessible and much of that overhead is hidden from us, the developer, by language and hardware abstractions, so the overhead is easy to overlook.

We have seen how objects are severely expensive, especially when allocated en-mass. For our use-case their cost disproportionately exceeds their utility.

If not objects then what

If we want to minimise memory usage, the first thing you should do is avoid duplicating data.

All the data we want to access is already in the document. Copying that data into intermediate objects so that we can work with them is wasteful. 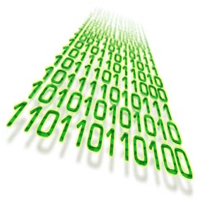 Instead we want to reuse the data in its original form as much as possible and leave the parsing of small individual elements of the document to the last moment just before we use them and in that way avoid parsing all the parts of the document we don’t need.

What prevents us from doing that exactly that is that we lack the means to navigate the structure of the document to locate the various pieces of data in the document we are interested in.

This structure is exactly what our object-based document object model provided, but to avoid paying their dues, we must find another way.

But if not objects, then what?

If you want to find something extremely small and light weight, you could do worse than choose the humble bit. It is 64 times smaller than a pointer and many multiples of that smaller than an object.

So let’s do exactly that: Let’s use bits!

Before we can pull this off we are going to have to learn us some concepts.

Imagine a string of bits. Not unlike the following:

In order to query this bit-string we will be using two very powerful query operations rank and select.

The pseudocode for these to operations are provided below in Haskell which you can drop into your Haskell repl to observe their behaviours:

The first function popCount1 is the population operation (sometimes called the hamming weight). It tells us how many 1 bits there are in our bit-string.

The second function rank1 is the rank operation which tells us the population count of the length n prefix of our bit-string.

Here are some example rank queries:

The third function select1 is the select operation which tells us smallest prefix of the given bit-string with the given population n.

Here are some example select queries:

We will now use the rank-select bit-string to index into JSON, which is to say we will use it to locate interesting locations in our JSON document that correspond to the beginning of JSON nodes.

In our semi-index, every bit in the rank-select bit-string corresponds to a byte in the original document of the same position. The value of each bit is chosen such that when the byte represents the start of a node in the document it will be set to 1. Otherwise it will be set to 0.

For JSON, the beginning of every object (indicated by {), every array (indiciated by [), every field or value will be marked with a 1, and all other bytes are marked with a 0.

The example below demonstrates this mapping from bytes to bits:

What this gives us is the ability to locate the nth node in the document with rank-select operations.

For example the 6th node is marked by the 6th 1 bit at the location that corresponds to the field-name "car":

In another example, the 9th node is marked by the 9th 1 bit at the location that corresponds to the beginning of the JSON array:

You may notice that each successive 1 bit in the rank-select bit-string identifies nodes of the document according to pre-order traversal.

I will represent this document on a single line for easier comparison with the two rank-select bit-strings that follow:

Having two rank-select bit-strings affords us operations like row count, and field count (either per document or per row) without having to inspect the original document text at all.

If you’re interested with playing with the haskell-works library which works on real bit-vectors (rather than emulation on strings), head over to the hw-rankselect-base project page.

Other ingredients to a fast JSON or CSV parser

A rank-select bit-string by itself won’t get us a fast JSON or CSV parser.

We will need high performance rank and select operations for both short and very long bit-strings to make this practical.

We haven’t talked about the implications this has for whole document or streaming parsers either.

Nor have we discussed how to build rank-select bit-strings efficiently and then use them to parse the document in a way that is competitive with traditional parsers.

Furthermore, the rank-select bit-string is insufficient for parsing heirarchical document formats such as JSON because it does not allow for tree traversal.

Whilst we know the nodes are ordered in pre-order traversal order, we have lost information about parent-child or sibling-sibling relationships between nodes, and so are unable traverse in such a way as to, for example, construct a tree of nodes that resemble the document.

An additional index is required to make proper tree-traversal of the document possible.

Alas, these and other questions must remain for a future post.